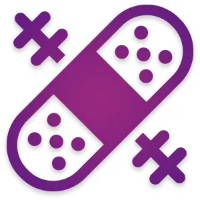 Wound Management and Healing with Clireon™

Clireon wound and skin care solution's active ingredient Hypochlorous Acid (HOCl), protects and heals while killing different types of microorganisms and bacteria that could cause infection and compromise healing.

HOCl demonstrated improved wound-healing outcomes in clinical studies and using HOCl also helps to increase the duration of keratinocyte cell line migration within the wound site, a vital component in the cells’ abilities to aid in the healing process.[1]

What leads to a chronic or
non-healing wound?

Chronic wounds are defined as wounds that fail to proceed through the normal phases of wound healing in an orderly and timely manner. Often, chronic wounds stall in the inflammation phase of healing.[2]

Chronic wounds are especially susceptible to biofilms. These organic barriers are actually composed of millions of microscopic organisms, which form over the surface of most wound types. With these biofilms in place, most wounds cannot heal properly, and it’s often these simple obstructions that result in any number of accompanying side effects, including infection and increased blood toxicity.[1]

Wounds typically presenting with a high level of bioburden

Current studies indicate that HOCl, the active ingredient in Clireon's Wound & Care solutions, may assist in the management of hard-to-heal chronic wounds by decreasing the bacterial numbers and by penetrating and disrupting the biofilms.[6] 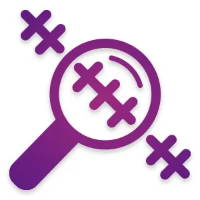 We recommend that you assess the wound and verify there isn’t a more serious issue needing medical attention from a veterinarian. Then stabilize the animal and perform first aid to the injured area as soon as safely possible. Below are First-aid recommendations from the Merck Veterinary Manual.

Irrigation of the wound washes away both visible and microscopic debris. This reduces the bacterial load in the tissue, which helps decrease wound complications.
The irrigation also allows for better examination of any underlying tissues.
The most important factor in wound irrigation is the use of large volumes to
facilitate removal of debris.[4]

Clireon™ benefits the wound because:

After wound preparation and hair removal, debridement can be performed. Debridement may involve removal of large segments of tissue (nonselective) or may be performed in a more selective manner, enabling preservation of specific tissues. Skin and local tissue viability should be assessed before any attempted debridement. Skin that is blue-black, leathery, thin, or white is usually not viable.[4]

Clireon's Spray and Gel can be used to aid in the debridement process:

After initial inspection, irrigation, and debridement, a decision must be made whether to close the wound or to manage it as an open wound. If the wound is left open, it should be managed for optimal healing.

When a wound cannot or should not be closed, open wound management may be appropriate to kill bacteria and promote long-term healing. Such wounds include those in which there has been a loss of skin that makes closure impossible or those that are too grossly infected to close.
Open wound management is based on repeated bandaging and debridement as
needed until the wound heals.[4] 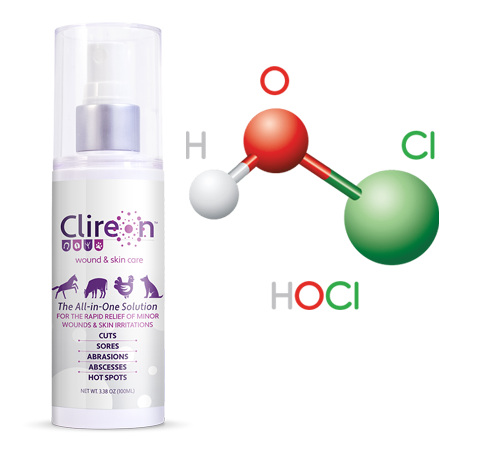 Hypochlorous Acid, the active ingredient in Clireon, aids in open wound management by helping to keep the wound moist, by helping to remove dressing that may have become adhered during the healing process and by helping keep microbes and remnants of previous dressings from the wound surface. You can use Clireon to saturate wound dressing that may have become adhered to aid in the removal of said dressing, or to saturate wound dressing during heavy exudate production (fluid that has seeped out of the wound especially during times of inflammation) to keep wound healthy and clean.